Why Haven’t You Been to the Beautiful North Cascades? 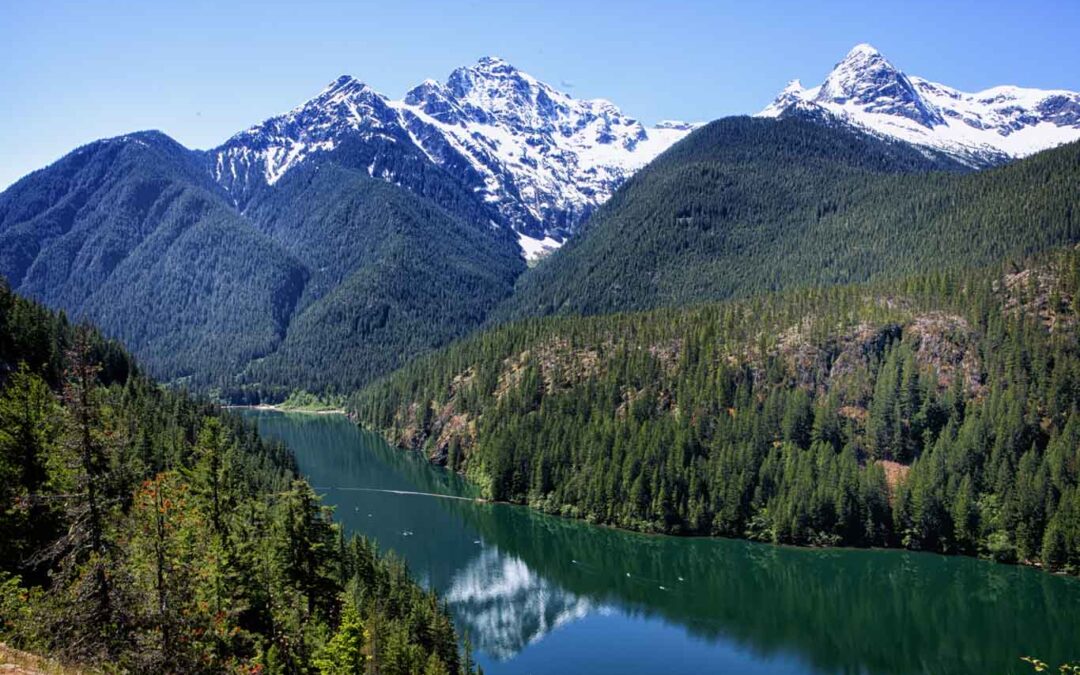 Visiting the North Cascades National Park – Our Last Days on Our Photography Trip.

The last part of our trip was the most challenging for a variety of reasons.  We were 7 days into our 9 day trip and so far we have seen an Epic sunset on Hurricane Ridge, the beaches in the Olympic National Park, the HOA Rainforest and on the Islands of Whidbey and San Juan, we saw tons of wildlife including Bald Eagles, Red Foxes, Sea Otters, whales and other sea mammals, and tons of wildflowers and now we were headed to the snow capped mountains in the North Cascades. This was the last part of our journey and one of the most difficult to plan. We did not realize that the North Cascades National Park was one of the least visited National Parks in the United States.

When we were planning our trip, we knew that some of the roads in the North Cascades would be closed due to snow. We were there at the end of May and it was going to be months before the snow would melt and give access to the roads that were currently closed. 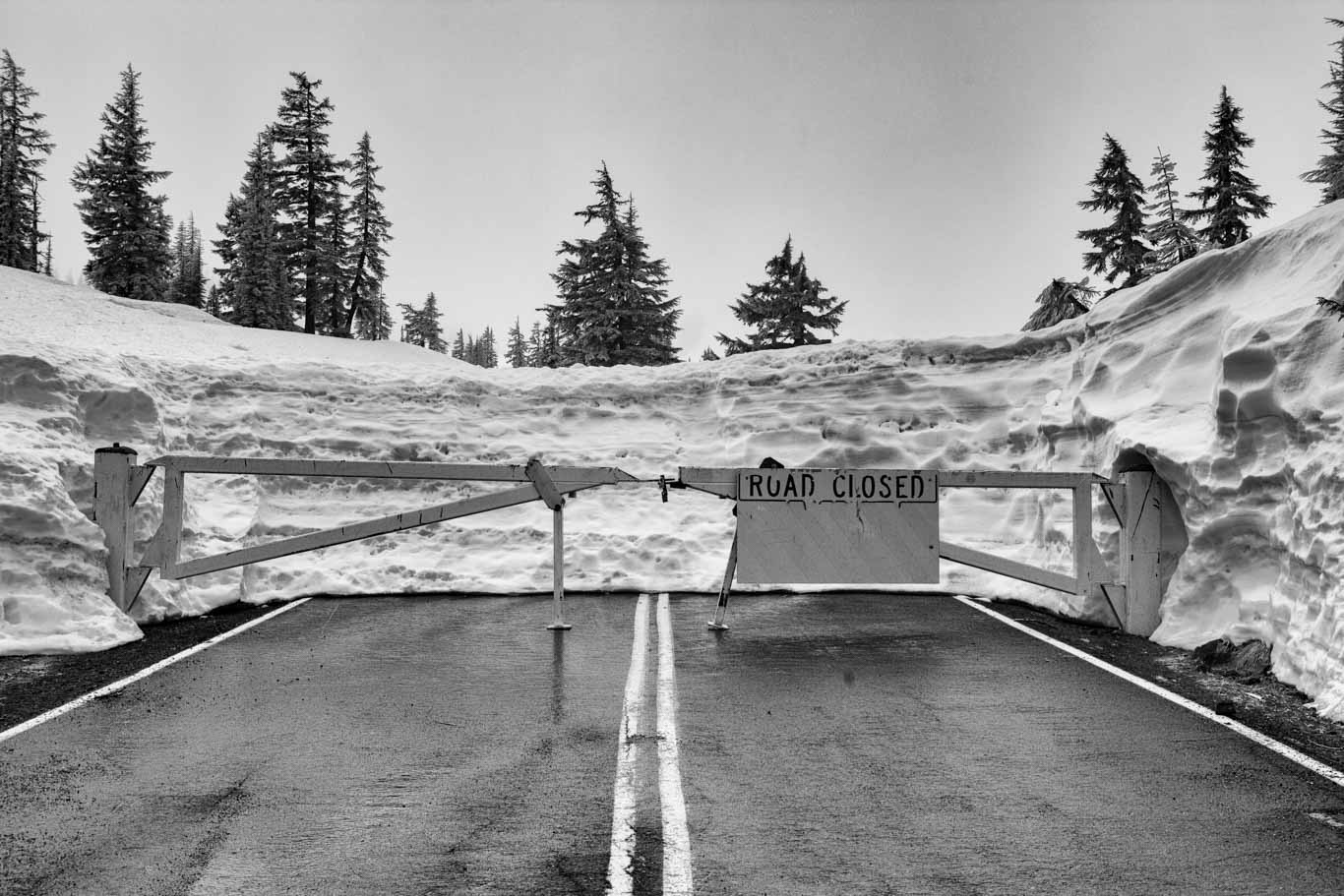 Timing is everything and in my mind we had timed this next night just right. The plan was to photograph the full moon rising above the mountains with the moon reflecting in the mountain lake. My only concern was the roads. Would they be open in the area that we had planned for this shot.

It was going to be a late night as the moon was not going to rise until after midnight and our motel was over an hour away. As the day got closer, and we saw the weather forecast, we got very excited. The forecast was for clear skies and we found out that the roads to our site were open.

We decided to go do a little scouting and check out the location and figure out where we wanted to set up for our shot. Luckily we did. Although everything lined up perfectly, the one thing we did not take into consideration was that the lake was still frozen over, so there was no possible way we were going to see the reflection of the moon no matter how well the weather cooperated. We were so bummed, but on the bright side we got to bed early that night.

After getting a good night’s sleep we got up early and started our drive to our next destination. We were headed to Diablo Lake which is a reservoir in the North Cascades Mountains. The lake has a unique, intense turquoise hue which is attributed to the surrounding glaciers. The drive was very scenic however there were very few places to pull over and take pictures. I think my Mom would have loved this drive. 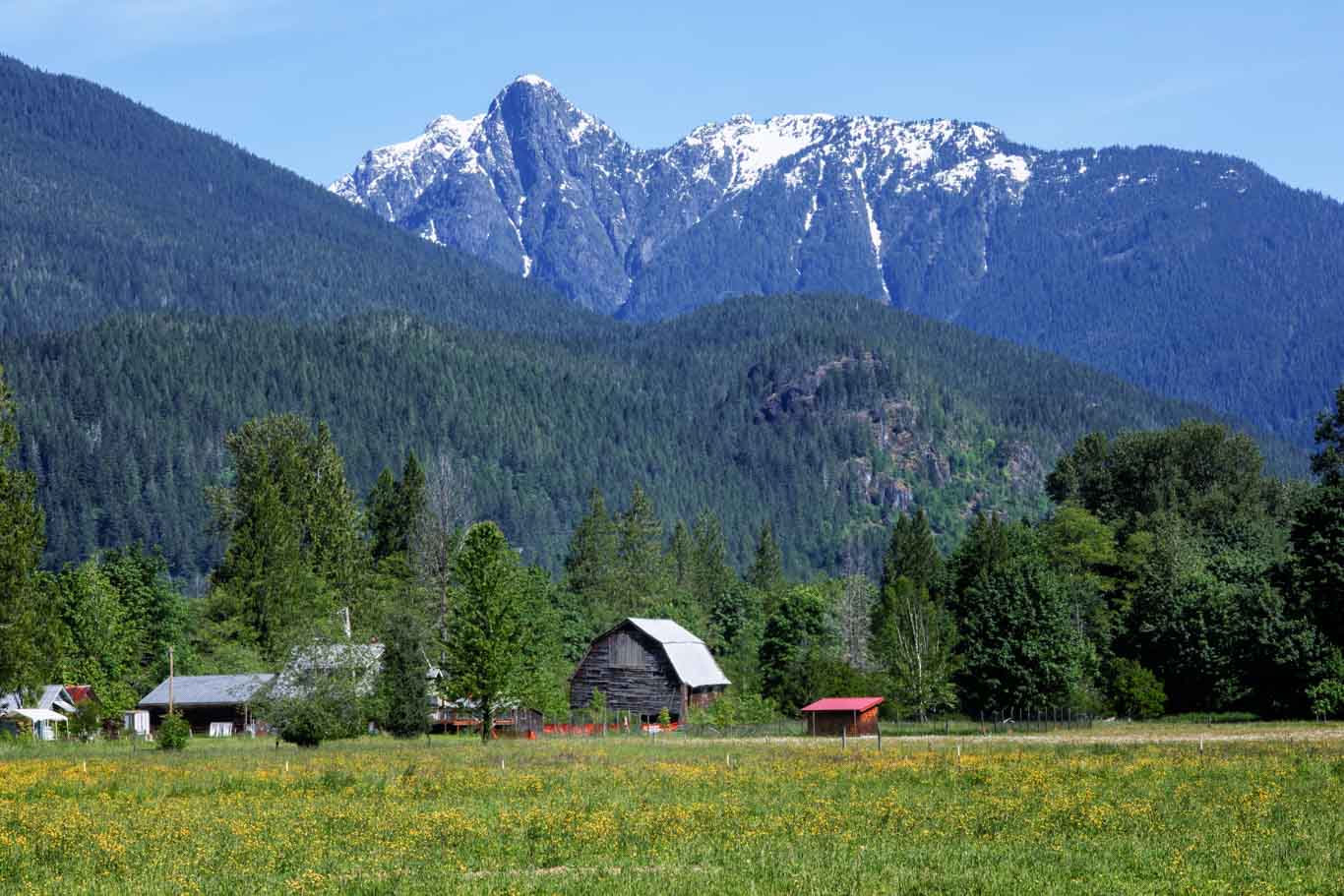 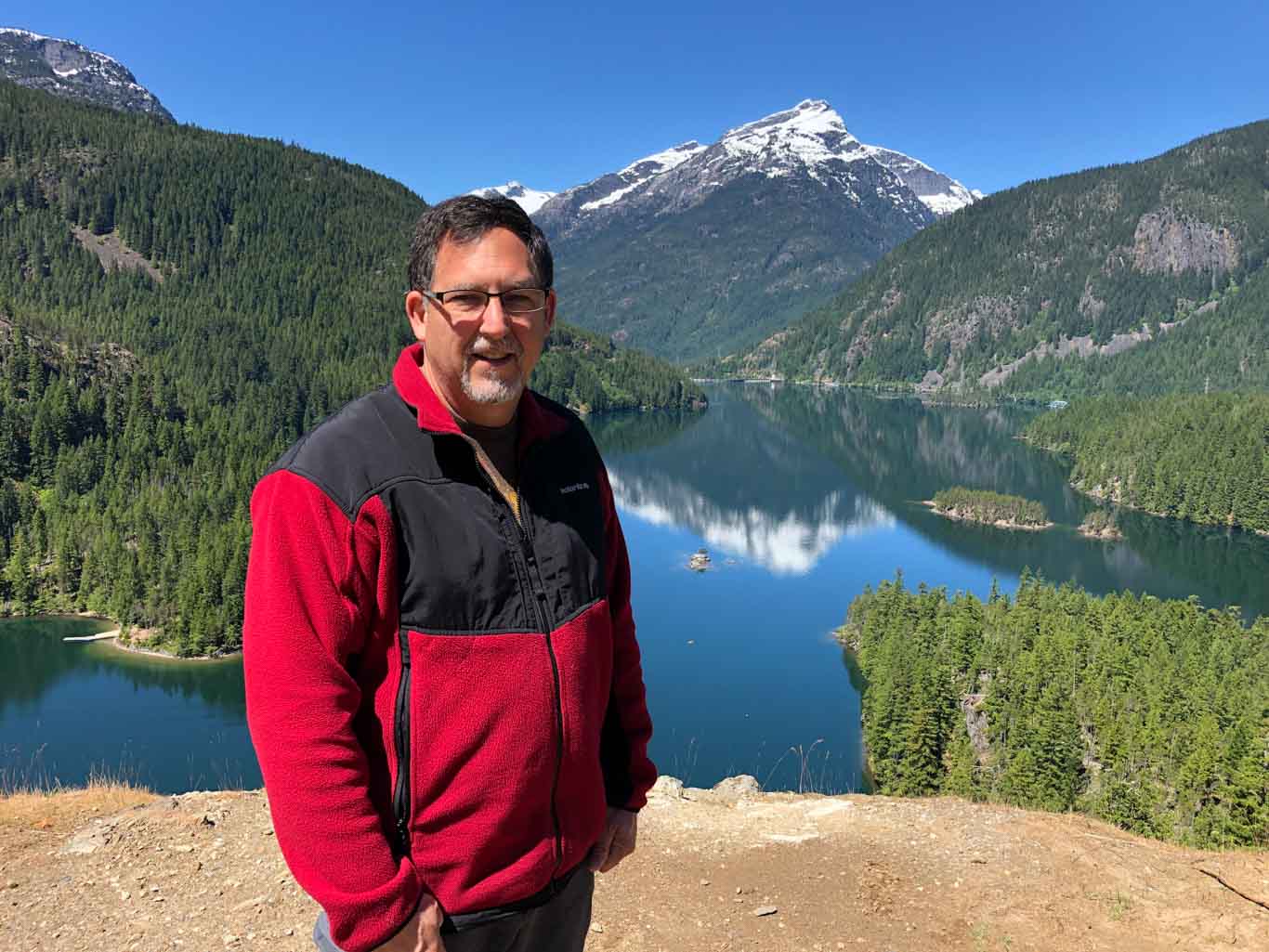 As a photographer, I like to get off the beaten path and find unique places or angles to take pictures. Although there were pull offs at scenic spots, they were filled with tourist taking the same shots as we were. To compound everything, it was a photographer’s nightmare, blue skies the entire day! There was not a cloud to be found, everyone else thought it was a perfect day for photography. Fortunately I had my infrared camera and was able to get some cool black and white shots. 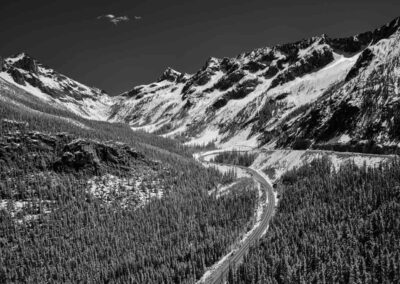 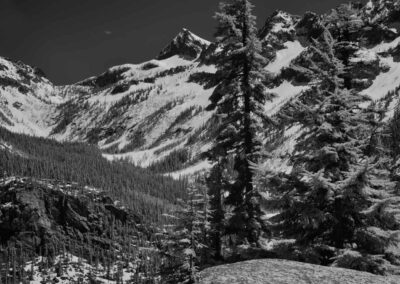 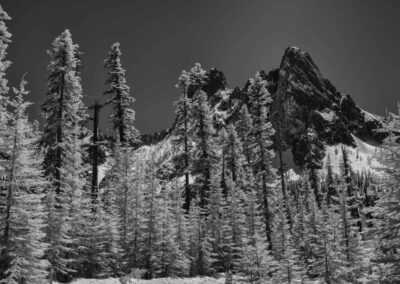 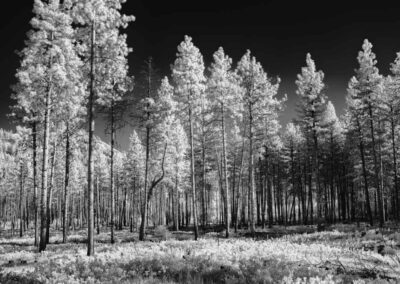 We made it to Diablo Lake and spent some time there and then decided to head towards Winthrop. Winthrop is a small town that has a western theme and is about an hour and a half South East of Diablo Lake. I am sure that a ton of Western Movies have been shot there and if it weren’t for all the tourist, we would have “shot up the town”. I think they had some festival going on as to why it was so crowded.

We then looked at a map, and saw Methow Wildlife Management area that was just a few miles away, and that looked very interesting. This was a great find. We asked at a nearby state park what kinds of animals are in the area and they named just about every animal you could think of. I guess all of the animals were y were all hiding as the only wildlife we saw was Red Wing Black Birds and a Crested Quail. The area was however very scenic and we had a great time exploring all of the dirt back roads. 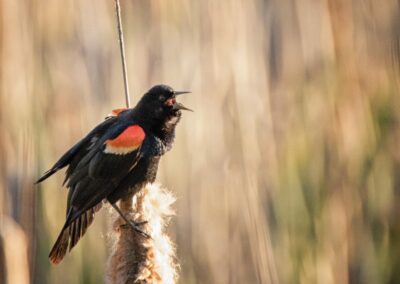 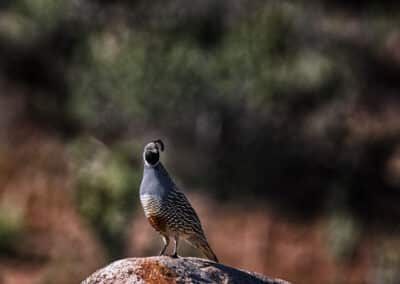 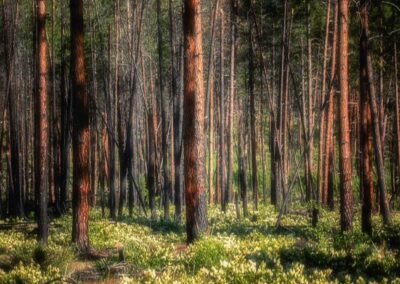 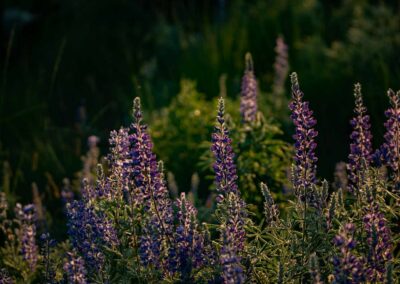 Our time was coming to an end and we drove back past Diablo Lake and the scenic byways on our way to our last motel stay which was in Darrington. It was night time by then and we were backtracking, so we did not mind driving a couple hours in the dark knowing that we were passing by some very scenic sites. Again as usual we had a late check in. I think we arrived just before midnight.

We got up early the next morning not having an exact plan, other than knowing we needed to be at the airport to catch our flight out that evening. We just started driving back towards Seattle and then decided to head on to Mount Rainier. We did our calculations and figured that we had about 2 hours or so to explore that area once we got there. We were lucky as it only took us about 15 minutes to get through the gate. On our way out, traffic was lined up for at least 2 miles bumper to bumper waiting to get in. 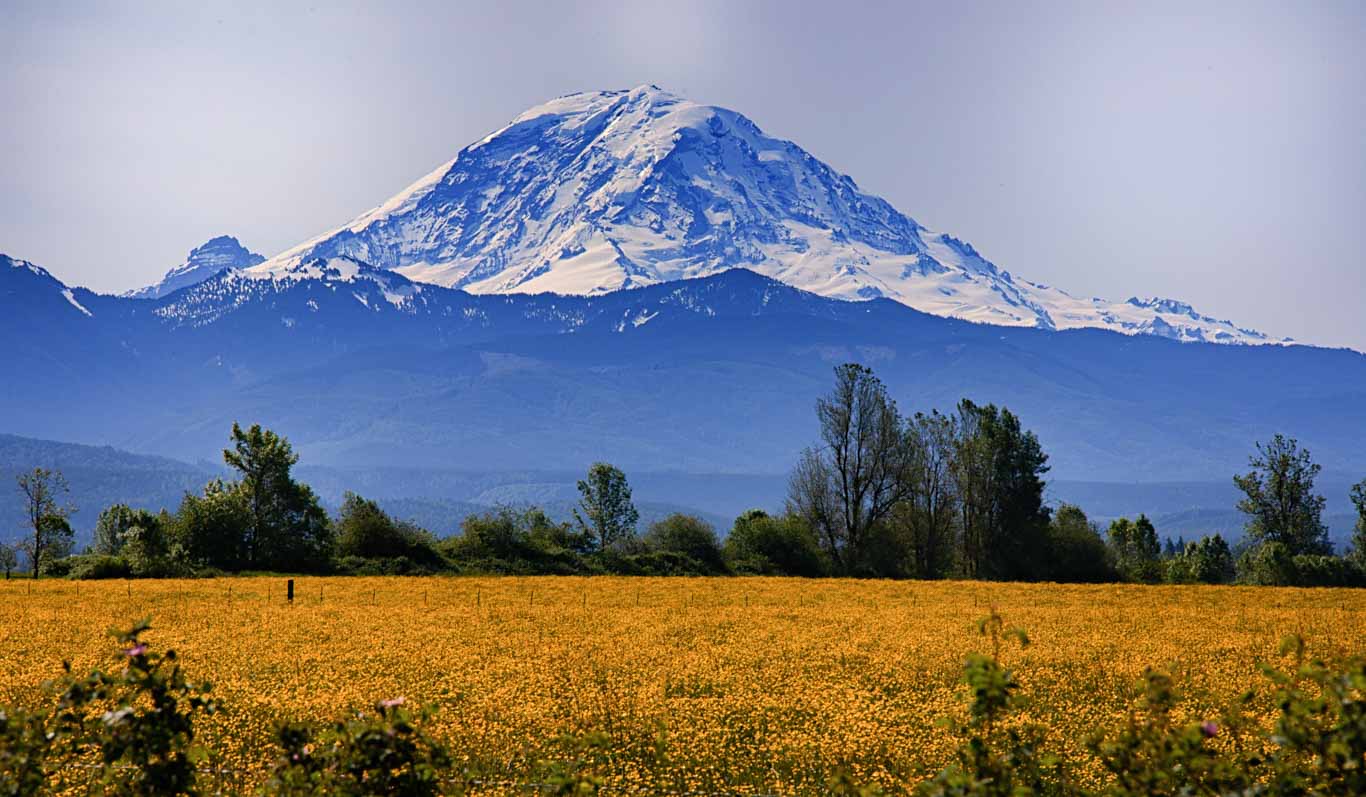 Our trip led us to all 3 National Parks in Washington State. Although I did not even get my camera out at Mount Rainier National Park, I did manage to take a few shots on the way, It was however nice to be able to say I had been there. I would like to go back and have more time to explore Mount Rainier and the surrounding area.

The trip back to the airport was uneventful, we filled up our car with a full take of gas as we got close to the airport. We donated a few water bottles and the cooler we purchased to store our food at the beginning of our trip.  I also threw away my hiking boots as the tread came off on day 2. A stop at Walmart for some glue allowed me to extend the life of my hiking boots one more day.

People have asked if Linda was a good travel partner and my answer is yes. In fact I wish we sat next to each other on the plane trip home. I sat in a row with 3 seats and 4 people. I was book ended by the middle seat and the window and a 5 month old baby. Oh and by the way, Linda had an entire row to herself.